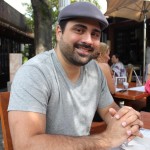 In this sense, since I do not have to take a piece of pencil and draw what I want to say, I do not give them a preconceived idea of their design; they construct their own visuals from the spoken or written word.

Do you remember your first publication?

My first publication was when I still was at school.  It was published in Crit (AIAS Journal).  The piece was about  a community service experience in the Dominican Republic. We visited a community of Haitian slave descendents; we were going to help them build new homes.  It was a very moving experience and I just felt that I had to write about it.

When did you start writing and why?

As I said, I started writing while I was a student here at the University.  Not many students were writing, I believe that there was Cruz García (MArch xx) but none other.  I wanted to create an identity as a student, to begin to stand out, to do something else other than designing.

Is there any work or person in particular that inspired you?

I believe that Jorge Rigau and Miguel Rodríguez Casellas are some local characters that inspire me.  Another author that I look up to would be Rem Koolhaas, his thesis Exodus, and his book Delirious New York are good critical readings.  The way he made Content, easy and fluid, like a magazine rather than a rigid book, kick started the graphic design for (in)forma6, to make it look more as a Tourism Guide.

What’s important to you when you write?

For me the important thing in my writings is sincerity; to be honest with what you write even if it doesn’t sit well with others.

You started writing as a student, how was the transition from submitting to getting published, or volunteering, to getting paid to do it?

It was a very natural transition. Like in Arq.i.tec, since I already worked on the magazine, when I graduated the collaborations that were free, became paid articles.

Does the way you write change from one publication to another?

Well, you have to write differently depending on the publication’s audience. The voice that I have in an article in Arq.i.tec is going to be different than one in the article written for (in)forma, since one is for a broader audience and the other is an academic publication.

Could writing affect a design process, how it has affected you?

The obligation of putting into words what you want or the intentions of the design helps and forces the student to interpret his/her own work. This helps the student understand his/her own project and projections even more. Writing has made me a better professor. I believe that through writing I have improve my ability to express my ideas and thoughts, including those on students work. In this sense, since I do not have to take a piece of pencil and draw what I want to say, I do not give them a preconceived idea of their design; they construct their own visuals from the spoken or written word.

Do you consider yourself an architecture critic? 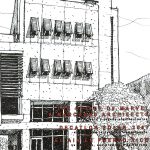 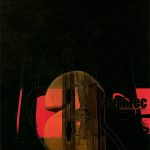 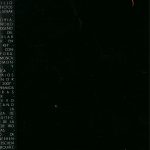 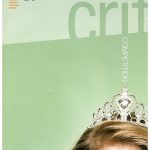 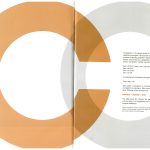 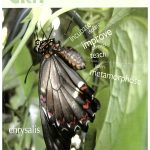 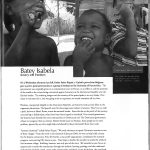 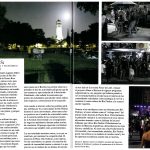 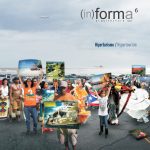 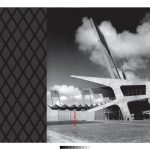 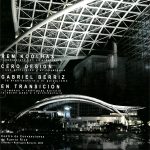 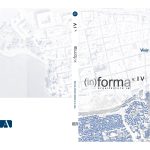 TOS. Says: Writing about stuff is always what promotes the same stuff and make them better themselves through the overlapping of ideas and the examination of other perspectives. In this case, the writing about architecture becomes crucial to the development of it. It is a very important task to analyze what we have and envision what we could have or what are our options. I must agree with Darwin Marrero when he says that by having to actually particularize our design proposals into concrete words, a sentence, the IDEAS TRANSFORM INTO OUR APPROACH, into our motto. Taking this under consideration, when the professor expresses himself or herself without the need to draw and -give already an image of what he or she wants- it sparkles the students own imagery, helping the student to further develop their own design approach. While reviewing Marrero’s works, it clearly demonstrates how his former background in Visual Arts pours into a clear interrelationship between text and images, creating an attractive and provocative design. Articles, like the one about Architect Fernando Abruña in Arq.i.tec demonstrates his clear fidelity to his own opinion and voice, giving the writing a more personal and interesting appeal to the reader. Clearly the need for more architectural writers (to not call them critics) are in top necessity of this profession, therefore, like Darwin Marrero I urge you to discuss and write, shape your mind, find your own voice.