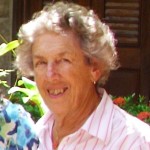 What is Participatory Housing?
Participation means being involved in the effort; a group of people plan and build a place and context that meet their needs. This leads people to feel identified with the place they inhabit. In Participatory Housing people make decisions regarding the configuration of the spaces they inhabit and how these spaces are constructed as part of their individual and collective environment.

What is your vision regarding Participatory Housing and what influenced you?
I was influenced by 2 government programs. The first program – Division of Community Education (started in 1946-1947) – worked with communities providing them tools to solve their problems within the community, using different medi such as movies, posters and books. The concept of this program was focused on self-empowerment and decision making; to solve your problems yourself. The second program – Mutual aid and Self-help, – was a Participatory Housing program in which people built their own homes with technical support. They built in brigades of 25 people. These programs were created through the leadership of Governor Rexford Tugwell and Governor Muñoz Marín. Tugwell, was a progressive planner who believed in participatory democracy. He brought new ideas under President Roosevelt and new programs were created as part of the “New Deal” that put the economy to work. The Falansterio is an example of was being built at this time.

What relates Habitat for Humanity with Participatory Housing?
I was the founder of Habitat for Humanity Chapter of Puerto Rico in 1995. It is a nonprofit organization that involves the homeowner and the volunteers. 16 homes have been established in Puerto Rico and more than 200,000 worldwide. Habitat aims to provide housing for poor people. Families are committed to provide 400 work hours in the construction of homes. These are developed with the support of companies and individuals offering donations and services in order to subsidize part of the cost of the structure. The goal is that the owners pay a low mortgage without interest.

What are your current projects?
Currently, I am involved with projects like the – Cantera Peninsula – where residents have an active voice in the decisions made regarding the construction of common and private spaces within the community. There is also the – Proyecto ENLACE Caño Martín Peña – with a community education process based on participatory and democratic comprehensive exercises. The plan proposes that those who build their houses develop the potential to create micro-enterprises that culminate in the construction of other homes in the District. Other existing projects in which I participated as a consultant are La Perla and Mameyes. 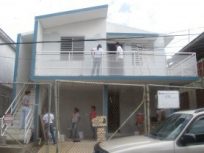 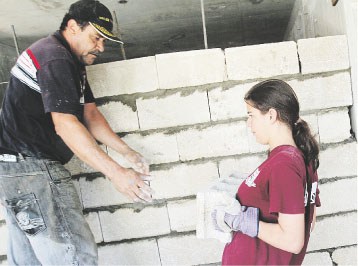 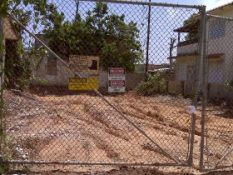 TOS[er] Reaction: The participatory process, in which architects and citizens collaborate on the design and construction of houses, has caused in Puerto Rico and many parts of the world an evolution in the legacy of community involvement in construction. The good thing about programs like Habitat for Humanity (Proyecto ENLACE Caño Martín Peña, etc.) is shows how the architect can learn the needs and knowledge of the residents of any given community in order to make better designs. In turn, the community can learn technical knowledge from the architect. In many cases, the inhabitants of a place know the particularities of their community in terms of traditional building materials and construction techniques, while, architects know about the spatial qualities of space. Lucilla – a committed democratic planner – is responsible for organizing participatory processes in multiple communities. She has to her name a legacy of proactive communities dedicated to self-empowerment that continue to develop new housing and improve their collective quality of life.