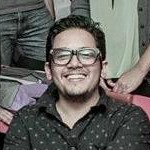 Rescue in the city through art

Tomás’ thesis addresses the building or creatioin of new things within the framework of reusing or resignifying what already exists. It is proposal for an artistis community in the heart of Santurce; currently known as on capital of urban art. In an interview with Tomás, he reiterated his interest in the issue of renovating abandoned structures. The artistic community began this process several years ago as a reaction to the crisis in Puerto Rico, as well as, in and many other countries around the world like Brazil, Canada, but especially Berlin and New York. This concept of revitalizing urban centers through art has been around for a long time and recently it is reaching a peak in Puerto Rico in reaction to the economic downturn.  In 2010, Tomás and a group of artists, developed a proposal to recycle a structure on the Gándara Avenue in front of the University of Puerto Rico in Rio Piedras. This proposal included a workplace for artists, a cafe, library and workshops, among other things. The goal was to integrate students and artists into the Rio Piedras urban center. The proposal was never built but other people interested in the space accomplished it later. Although, the group broke up Tomás was steadfast in his desire to carry on. After some time, the founder of the group joined efforts with a plastic artist and created ‘taller[D]’ in 2011.

Virtually, Tomás was able to give form to his commitment thourgh his tesis with a form thesis much more complex approach and comprehensive program. He focused his efforts in the art of creating a symbiosis between art, society, and architecture in Santurce as per the needs of the local artists. Santurce contains only 2% of buildings dedicated to artistic initiatives. Tomás insists that more of these initiatives will be needed in Santurce and that his proposal is a seed that could germinate in many ways.

Programmatically, his proposal offer everything from the overall conception to the selling the of idea. It provides living and production facilities, as well as, versatile spaces to perform and exhibit their work.. Simultaneously, it incorporates the integration of the community from that the artists are part of. According to Tomás, in his thesis project, recycling structures brings many benefits by: counter acting urban sprawl with densification, promoting the revitalization of urban centers, design with sustainability in mind and  generating other projects or activities, among others.

Recently, as part of his collaboration in ‘taller[D]’, he was invited to present his thesis and participate with the community/artists in a roundtable of the urban project “Los Muros Hablan”. His presentation was described as controversial but also fruitful. Tomás tells us that artists have a different way of working architects. They make their proposals, their changes and “build” them; but their projects are at much smaller scale. In his experience, it took him by surprise that, when presenting his project to the artists, they thought the project would be completed quickly and he would immediately document the street art that lies in the space. They accustomed to seeing proposals become concrete projects rapidly. “This was reflected in the way they perceived the project at the conference. Some were happy and others not so much. And, ironically, many who questioned my thesis project were the artists working with the community.” This is because the artistic process occurs spontaneously and, in other cases, with proposals that evolve by sharing the community’s input. “It’s rare to have a proposal of a fully developed artist become accomplished without going through a process with the community.” Moreover, the proposal concept of recycling was seen from another point of view. They thought that the concept of recycling was not limited to the reuse of an existing building but that it also included the reuse of prefabricated elements, such as, industrial trailers. One example Tomás gave was The Tiuna Cultural Center in Venezuela which has won several awards. This project reused a residual space which was set aside for a main throughway. The center recycles discarded industrial containers by reconditioning, reprograming and transforming them into flexible components. Daily, it serves as a home to more than 500 children and adolescents. Artists are accustomed to working in similar ways. Many times, projects are low budget (donations) or perhaps have no money at all or work with what they may find in the site and with the existing conditions of the location. “I think architects should learn of that dynamic. The scale of architectural projects has shrunk somewhat, therefore, architects have developed a dynamic closer to that of self-management.” Also, the difficulties of becoming licensed making debt payments have making motivated architects to other alternatives to demonstrate what they can do. An example of this in Puerto Rico is the “Creating Without Charges Workshop” directed by Andrea Bauzá, Yasmín Crespo, Omayra Rivera and Irvis González.