The most important aspect of New Urbanism is to reestablish the relationship between the art of building and making community. – Eydira Jiménez Rivera, 2017

This research studies and analyzes the deficiencies of public housing designed from 1960-1990 and highlights the design principles and challenges. These challenges led to the derogatory image of both the developments and their residents. Eydira understands that the trend that negatively impacted the design of public housing was the Modern Movement, specifically its International Style. These styles affect the image that public housing represents in Puerto Rico both past and present as they continue to be modeled after the following deficiencies.

The research reiterates the values of the design style known as the New Deal or New Urbanism (1980s) that proposed creating livable and walkable neighborhoods through the rehabilitation and development of cities, based on the urban models that were developed during the World War II. The goal was to improve the quality of life of its urban citizens. Eydira implements the following principles in her proposal:

Ultimately, Jiménez has the assertion that design may assist in undoing the negative assumptions that publicly funded residential projects have left in the collective social memory and eradicate the sense of otherness that has plagued these projects for so long.

Eydira offers an effective urban and residential environment based on the values and design strategies of New Urbanism, whose urban principles will contribute to creating solutions to complexes that reflect the modern times. The research identifies the design deficiencies that can lead to the development of adequate strategies to redesign an existing publicly funded residential project, with the purpose of improving its physical and social imagery and everyday reality through urban design.

The proposal offers an urban redesign of an existing public housing complex, which was built during the 1960s to 1990s under the canons of the modern movement. The goal is to improve the urban image, promote a better quality of life for its residents, and mitigate the concept of otherness by:

For the research, Eydira Jiménez completes three case studies in which she would be analyzing and identifying the deficiencies that results from modernist design in the following communities: Residencial Sábana Abajo in Carolina (1967); Residencial El Coral in Buena Vista (1972); Residencial  Park Court in Río Piedras (1984). She also conducted a series of interviews with five residents of each residential development to confirm or deny the deficiencies she had identified through her design-based analysis. She then proceeds to compare the research results with four projects that incorporate the principles of New Urbanism: Workshop8 Architect (Paisano Green Community) USA; Rossiprodi Associaty  (Milano Vía Cenni) Italy; B4FS Architects (Public housing in front of the Punggol canal) Singapore, Guillermo Hevia García (Collective Habitat) Chile;  and OOIIO Architects (Alameda dos Ipes) Brazil.

The strategies that Jiménez uses for the thesis proposal is based on the foundations of New urbanism which translate to:

The new image of subsidized public housing will promote the connection and social relationship with the surrounding context.

This thesis changed my perception towards public housing projects and the stigma they represent because we tend to blame the residents for the negative image of these homes, but we do not see the conditions that omit their presence within the community. It has changed my language and image that I perceived these publicly founded projects. It shows a deep-set commitment to help these communities integrate physically and socially to its surroundings. Eydira identifies all the problems that subsidized housing presents in Puerto Rico and manages to create a viable solution for them in a subtle and inclusive way with the environment that surrounds it. 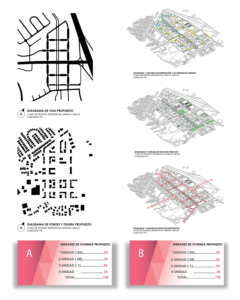 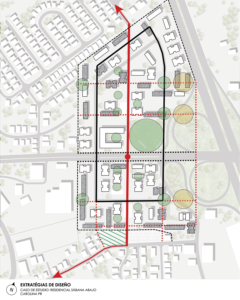 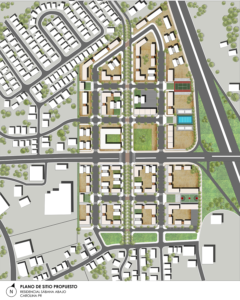 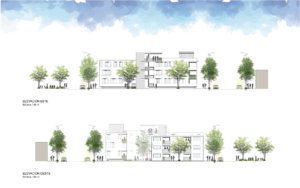 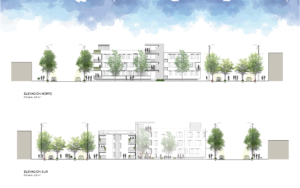 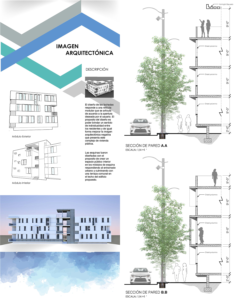 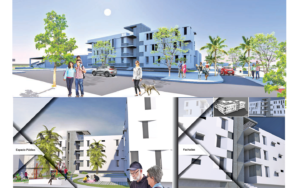