… architectural component systems made from upcycled waste materials could be a solution to plastic waste pollution by utilizing them in building restoration contexts on the island. – Lisandra N. Pérez Zayas, 2021

About Recovering, recreating, and revaluating waste:

For the past three decades, Puerto Rico has struggled to correctly manage its waste. After hurricanes Irma and María in 2017, Puerto Rico’s recycling and waste management systems have only worsened. Advanced recycled material applications indicate that disposed-of plastics can be used as an architectural element. These climatic occurrences have also magnified Puerto Rico’s abandoned structure crisis problem. This research and project aim to demonstrate the plausibility of rehabilitating abandoned buildings with the use of assembly components from up-cycled plastic, giving them a second life. This leads to a two-prong solution by reducing Puerto Rico’s challenge of abandoned structures and by preventing plastics from returning to landfills.

The investigation focuses on studying recycled materials and their possible applications and adaptability in architectural design. It intends to design an outdoor/indoor architectural system made from recycled plastics. The research is also aimed at upcycling abandoned buildings in Puerto Rico by using upcycled plastic building components. The final outlook is to give both abandoned buildings and waste plastics a second life.

The collected research discovered that in 2007, Puerto Rico’s standard waste generation was three million tons and 5% was plastic waste. In 2017 more than half of Puerto Rico’s landfills were ordered to be closed due to noncompliance. The aftermath of Hurricane Maria and the earthquakes in 2020, has led to a direct increase in the consumption of single-use plastics. This information only emphasizes the waste management challenges that Puerto Rico is facing. The investigation also reviewed companies that focus on creating architectural elements with recycled plastics. Several types of plastics’ properties were also studied. The research also found that in 2014, San Juan had a total of 601 properties that were not in use. To contribute to the situation, Hurricane Maria left more properties abandoned.

A set of parameters for the proposed design’s site were also established based on the building’s characteristics, location, accessibility, and permitted uses. The site must have an existing abandoned building, in an active urban zone, have parking space and loading and unloading area, and be classified as a commercial or industrial structure. Science City Complex’s Building 45, in the municipality of San Juan, fulfilled all the site requirements.

The existing building was divided into three open spaces which became the three main programmatic spaces: recycling, education, and exhibition. The building’s restoration occurs progressively while the architectural elements, made from recycled plastics, are made on. The recycled plastic building components are organized by walls, assembly, and ornamental systems. The modular components have interlocking assembly connections for stability. These components are used throughout the building to replace damaged parts of the existing structure, create interior partition walls, and wrap the structure as a building envelope, I.e., a façade. Prototypes of these components were also made using 3D modeling software, recycled plastic, and a 3D printer.

The proposal creates a local plastic recycling station hub where the visitors can learn about, and become part of, local recycling initiatives by using the building’s features as inspiration. The program becomes a modern take on traditional recycling plants. It intends to transform plastic waste into useful building products while adding an educational agenda. The hub’s program includes commercial space, mixed workspaces, workshops, and exhibitions. All workspaces include specialized machinery that is unique to the recycling process. An important part of the program is the Machine Shop, which will house a Fabrication Laboratory and will offer digital prototyping services such as assembling, welding, mold making, machining, and digital fabrication. Additionally, the exhibitions and the workshops will also respond to the educational needs of the building.

Hurricane Maria and the recent earthquakes have exposed many of the challenges that Puerto Rico has been facing for a long time. Recovering, recreating, and revaluating waste: upcycling disposed-of plastic to develop architectural assembly systems saw this and proposed a single solution for not one, but two challenges. This investigation successfully sustains that recycled plastics can have a place in architecture. Personally, I appreciate how it also promotes the use of modern technology and displays how the practice of architecture can benefit from it. I also find it interesting how the initial phase of the project becomes an essential part of the rehabilitation process of the building since this space will allow for the project to build itself. I can imagine this technique becoming widespread practice since it would reduce construction costs by manufacturing everything on-site. 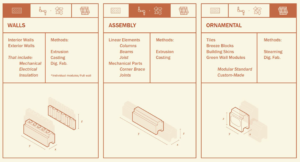 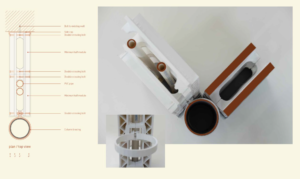 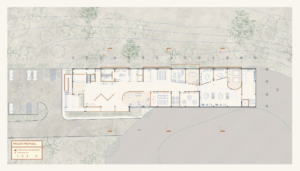 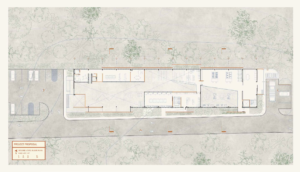 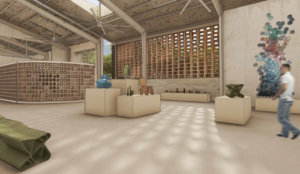 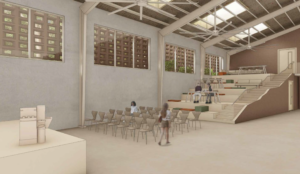 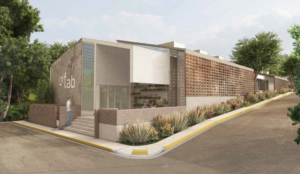 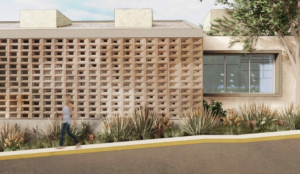