History: In the 19th century, Corse immigrants set their sites on Puerto Rico and the Caribbean. Some, fortune-in-hand, returned to Corsica and built ostentatious dwelling spaces known as the “American Houses”.

Q & A with Jonathan:

The experience of investigating and proposing an architectural program based on the intervention of existing structures, and their value, has endowed me with a greater awareness and sensitivity towards the context throughout the design process.

Before developing and defining the initial strokes that resulted in mi project proposal, I went through an investigative process that led me to understand two fundamental facts:

Developing my End of Career Project based on the documentation realized by the Corsica Studies Program, and having participated in the documentation process for the last three years, have made me think of the concept of “re-visiting” when I hear the words Corsica and/or Capstone. The process of investigation was characterized by “re-visiting” concepts that I have learned throughout my years as an architecture student and the “re-visiting” of Corsica during the last three summers. The concept of “re-visiting” linked these two experiences and has marked me for life. 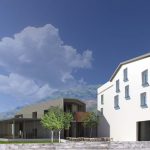 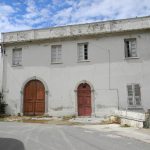 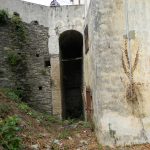 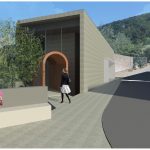 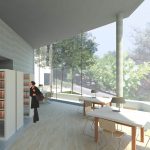 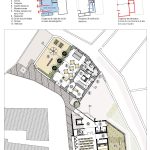 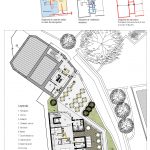 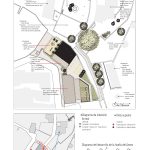 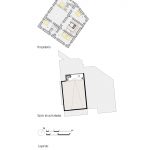 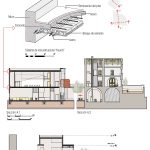 TOS[er] Reaction:This project revitalizes an existing historical structure in a very conscientious way. It utilizes the original structure of the Remise and ties it to a new structure (the annex) that relates to the context on both a physical and a historical level. The changes and addition propose a new and more modern language while showing a clear respect and embrace of the original structure which can be seen on the diagrams when he studies and acknowledges the local strategy of foundation walls. The purpose of this phenomenon was to separate the structural wall from the ground in order to protect the structures integrity against humidity. This technique can be seen on the existing structure and is respected in the current proposal. There is a clear intention of archiving and charting the historical and cultural link between nations on opposite sides of the ocean (Puerto Rico and Corsica).