Project:
Néstor Lebrón participated on the DESIGN-IDEAS COMPETITION – Reimagining the Waterfront – sponsored by CIVITAS. The goal was to collect ideas to improve Manhattan’s East River Esplanade between East 60th and 125th Streets. The 8 winning “ideas” were exhibited in the Museum of the City of New York from June 6 to October 28, 2012. Out of ninety (90) submissions – from 24 countries – Néstor Lebrón, a student of the School of Architecture of the Unviversity of Puerto Rico received an Honorable Mention with his project Expandedge 32. 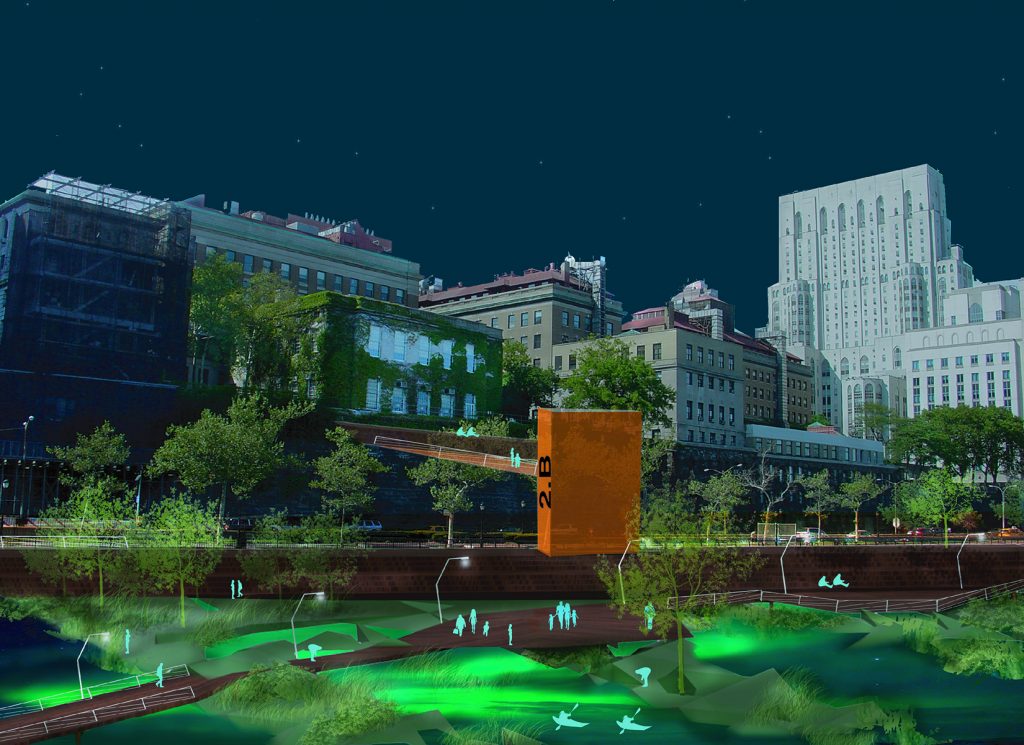 NÉSTOR says: The design proposal multiplies the 32-mile segment of the Manhattan perimeter and creates a NEW WATER EDGE for the island. Central Park becomes a focal point for the rethinking of the hard surface of the city. The existing waterfront edge esplanade has a drastic vertical separation that limits the access to the water. To eliminate this problem, Expandedge 32 proposes a horizontal relationship between the water and the esplanade to facilitate contact between land and water. This new FRAGMENTED EDGE produces a new surface with an active programmatic agenda that responds to the city and the water. The fragments are organized along three primary strips of land that serve for production, research and recreational environments, such as, museums, agricultural fields, vegetal gardens, sport zones, etc. A bioluminescent bay will also be part of Manhattan’s new EXPANDED EDGE. 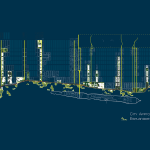 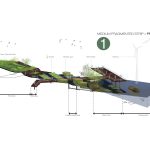 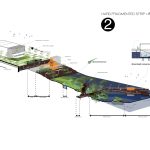 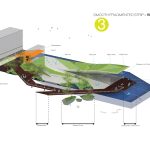 TOS says: Expandedge 32 is an ACTUAL GREENING of the hardened surfaces and edges of island of Manhattan. This “epicly” dense spec of land has been building upwards and downwards since the early 1600’s. Manhattan represents a 400-year continuum of the hardening of soft pastoral cow pastures. Expandedge pulls the original scape of Manhattan out from under the aged and ailing surface of the city. It peels away the asphalt of key streets uncovering the forgotten greens. The EXPANDED EDGE “reimagines” a long gone past that existed in the minds of early emigrational Europeans. Expandedge infuses the myth of the exuberance, of a FERTILE NEW WORLD, that lured thousands to the shores of America with tangible form. Its fragmented inness-green surface is reminiscent of the tattered edges of an old map; the map of the original land of New York before it was founded by Dutch religious exiles desperately seeking a new surface to inhabit. It echoes the legends of verdure and abundance that made of America the EARTHLY EDEN that Amerigo Vespucci and Christopher Columbus hustled to reach first. Expandedge is a GREEN EUPHORIA that recognizes the profound importance of the coexistence of city and nature; hard and soft; grey and green. [11:11]