Discovering the Forgotten Gem in the Urban Fabric:

The Cemetery as an Alternative Space

The city of the dead antedates the city of the living. In one sense, indeed, the city of the dead is the forerunner, almost the core, of every living city. Urban life spans the historic space between the earliest burial ground for dawn man and the final cemetery, the necropolis, in which one civilization after another has met its end (…) as the city takes form much more will be added: but these central concerns abide as the very reason for the city’s existence, inseparable from the economic substance that makes it possible.

Natalia Rey starts her thesis, with this quote from the North American historicist Lewis Mumford. She supports his words and the importance of the development of Western civilization; in her words; “The city has witnessed a relationship, sometimes intimate, of the death of public space and the rest of the landscape.”

Since its origins, the cemetery or “necropolis” has been a fundamental part of quotidian rituals. Originally, the cemetery was marginalized from society and located far from urban nuclei as an element separated from the city grid. However, given the constantly changing and progressive nature of society, it was eventually inserted into the city without the sole function of traditional death-related rituals.

The problem lies in the way the cemetery is placed inside or outside of the cities. According to her research, the cemetery/city arrangement starts from the initial desire to keep the necropolis outside the city grid. It is inevitable to ask: Why funeral space is marginalized given that, for a moment in history, it was part of the urban development?

According to Natalia’s thesis, 19th century beliefs unleashed fear of death. In the crisis these public spaces were rejected. For the most part, they have remained this way ever since. Today the question remains. In her thesis, Natalia Rey asks herself, “What is the role of the cemetery in the 21st century? How important is this component for urban space?

To investigate and prove her thesis, she completes several case studies; each one with different conditions and goals. The first one, Mount Auburn Cemetery in Massachusetts, was designed to treat the subject of death as a social discussion; to tame the fear to death in contemporary society. It is the first rural cemetery in North American that includes vast parks and garden areas aimed at public recreation. In her text the cemetery is described as: “Mount Auburn offered a beautifully verdant landscape spread over seven hills, dotted with ponds, and shaded by majestic trees. Oak, pine, beech, walnut, willow and cedar were natural features prized by the Horticultural Society.” On the other hand, the Oakland Cemetery in Atlanta provides her with an excellent example of architectural programming inside the cemetery landscape. Since the beginning, this cemetery reflected the intention of combining its functions with a recreational space for city people. She describes it with this quote: “The garden cemetery featured winding paths, large shade trees, flowers, and shrubs, and appealing vistas. It was meant for the living as well as departed loved ones- just like Oakland today.” Finally, the Igualada Cemetery, a modern cemetery typology visited annually by countless people for its architectural attributes. This tourist icon was designed as “the city of the dead” (N. Rey) for the living people. The author of the book “Last Landscapes”, Ken Worpole, concludes: “At Igualada Cemetery, a space is provided that allows a multiplicity of ways of viewing and using architecture. (…) the site becomes a place of interaction – architecture as a living art to which the user can personally and physically relate.”

Even if in the medieval age the necropolis used to work as a public meeting space while fulfilling its regular functions, today the cemetery is not much more than a social/spatial manifestation limited “death rituals.” Initially, she selects potential sites for a future proposal of an alternative urban cemetery for the new century. Clearly, with the intrinsic concern for the abandoned and marginalized condition of theses potentially very public spaces in the city; Rey’s proposal presents the cemetery as an intellectual part of the city. She captures its possibilities with the development of programmatic elements that are key for the promotion of death-related space as a new metropolitan recreational/introspective typology. 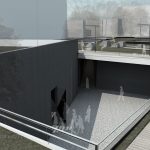 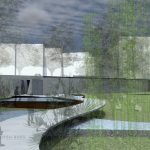 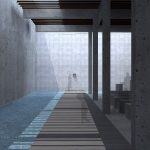 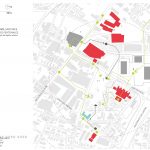 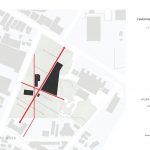 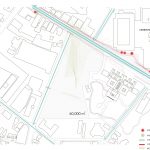 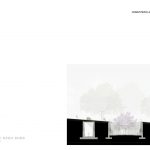 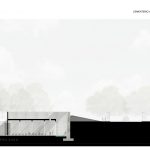 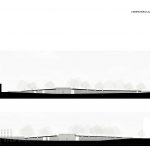 TOS[er] reaction: I consider that Natalia Rey clearly points out the reality that we live in today. A reality tied to a broken past that surrounds us with unsolved incertitude. Given the importance of the insertion of the cemetery into the city, it will turn out to be a part of our daily routine; teaching us that death is part of being alive. Even though Rey’s preoccupation develops in a particular way, it opens new paths to a countless number of similar concerns which confront us today when speaking about our cities and their components. Despite this fact, she focuses on the necropolis as a marginalized space; even though there are numerous spaces in similar conditions with a high potential for improve urban/city planning development. For this reason, I find her contribution extremely relevant to the development and rehabilitation of urban systems focused on promoting programmatic plans that rehabilitate the use of these abandoned and underutilized metropolitan areas.