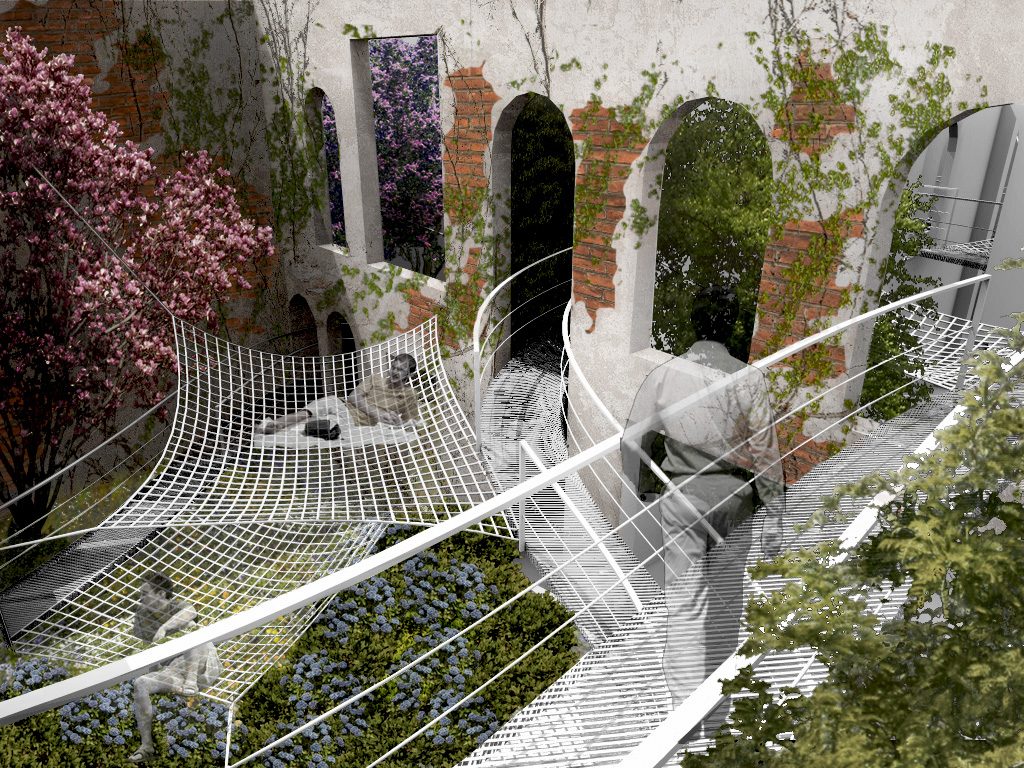 NATALIA says: A dense urban fabric, saturated by the convergence of migratory cultures: spanish, native and africans, forced to follow the catholic tradition. None the less, the accelerated lifestyle of today’s globalized world has shaken the bases of christian and other religious believes giving birth to a new way of thinking: the non-affiliated. This new citizen is disinterested towards routinary gatherings, continuous execution of rituals and following of a religious authority figure. When asked about their spiritual space, they describe one of isolation, reigned by nature, free of excessive sounds and life’s accelerated rhythm. Though this percentage of the population presents a fast pace of growth, we identify a problem; What happens to this part of the population that have no space to relieve themselves from reality’s ills? Where can this citizen come in contact with something more beyond our living realm? Where can mysticism wonder the citizen’s spirit? In response to this problematic, arises a space fade-in within the urban fabric of the Old San Juan. An oasis between walls, forgotten and abandoned to nature’s will, opens its doors to a moment of meditation, spiritual encounter and isolation; a secret garden, limited in all 4 sides, subdivided by a row of 5 walls, and tied by a serpentine walkway that floats through trees, green walls and arcades. Attached to the the serpentine, a system of hanging nets provides moments of rest, spaces for meditation, prayer, reading; an encounter with one’s self and that that goes beyond. The finality of the garden is to allow for the non-affiliated to create their own secret world, where they can find sanctuary. 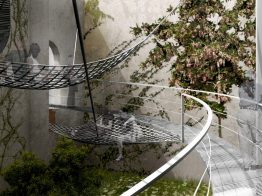 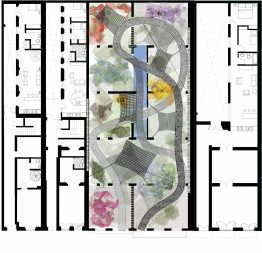 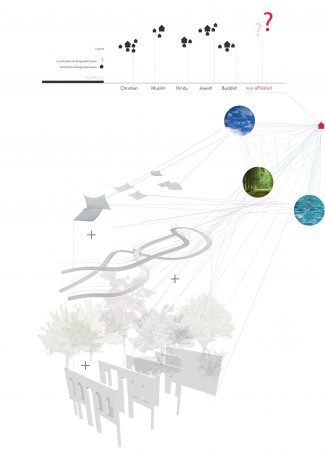